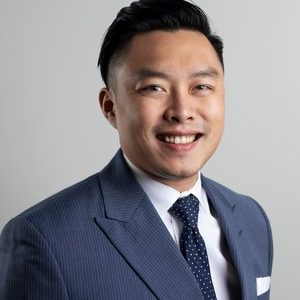 Should I Put Money Into a Traditional or Roth IRA?

In the court of public opinion, the individual retirement account — or IRA — is one of the most popular options when it comes to funding your retirement.

That’s because an IRA offers various tax benefits — including the ability to grow your contributions on a tax-advantaged basis — which allow your retirement money to compound faster than many alternatives.

There are, however, different types of IRA accounts each with its own tax benefits, income limits and planning advantages, so it’s essential to know your own financial needs to assess which account works best for your situation.

Today we’re going to cover two of the most common types — the Traditional IRA and Roth IRA — and help you understand the difference between the two, as well as how to determine which one is the best fit for you.

The Differences Between a Traditional & Roth IRA

On the surface, Traditional and Roth IRAs do the same thing.

In both, you can make contributions up to a certain amount per year (*as of 2020, the amount  is $6000 and an additional $1000 catch up contribution if you are at the age of 50 or older) and they each allow for penalty-free withdrawals when you are 59 ½ years old.

However, the primary difference between a Traditional and Roth IRA is the way your money is taxed.

With a Traditional IRA, you can contribute pre-tax or after-tax dollars, and that money will grow tax-deferred. In other words, you will need to pay income tax on the money when you start making withdrawals.

With a Roth IRA, you make after-tax contributions and your money grows tax-free. In most cases, you won’t have to pay any taxes when you start making withdrawals.

Just like a Traditional IRA though, a Roth IRA requires you to wait until you’re 59 ½ years old and to start making withdrawals.  If you decide to take withdrawals earlier, you may be subject to a 10% penalty (*the same rule applies to Traditional IRAs).

How to Determine Which Type of IRA Is Right For You

There’s a common belief that Roth IRAs are inherently better.

This is due, in large part, to the idea that tax rates are likely to increase in the future. While there’s no guarantee that this will happen, given the ballooning national deficit and the increasing need for social welfare funding, taxes will probably have to go up for most Americans.

As a result, it may be more beneficial to pay taxes on your contributions now (at a lower rate), as opposed to paying them when you retire or start making withdrawals (at a potentially higher rate) from a Traditional IRA. However, while this strategy might be beneficial for some Americans, it may not be for others.

Let’s take a look at how you can determine which type of IRA is right for you.

Your current income is one of the most important factors when choosing between a Traditional or Roth IRA. If you have a relatively low income, it means that you will land in a lower tax bracket.

That said, if you have an income that is currently taxed at 12%, a Roth IRA could be a favorable option.

You would be able to make after-tax contributions that can grow tax-free and since your tax rate is relatively low, you’ll likely end up paying much less in taxes than you would with a Traditional IRA.

This is where things can get a little tricky, as it’s hard to predict how much you will make in the future. However, if you’re currently in the 12% income tax bracket, the assumption is that your income will either stay the same or increase in the years leading up to your retirement.

As a result, you may have to pay higher taxes if your income increases enough to put you into a higher tax bracket.

Alternatively, if your income is currently high (taxed at 22% or more), you may be better served putting your money in a Traditional IRA. This is because you are currently paying high tax rates and will probably be taxed at lower ones in the future.

By the time you’re ready to retire, your income — and associated income taxes — will likely drop dramatically. In that case, it would be more beneficial to defer tax payments until your income puts you in a lower tax bracket.

Figuring out which type of IRA is right for you is all about evaluating your current and future income.

We like to think of it as 3 phases of a bell curve.

Phase 1: During the early stages of your career, you want to maximize your after-tax dollar contributions.

Phase 2: As your income grows and your tax rate increases, you will want to maximize your pre-tax contributions into your Traditional IRA to reduce your taxable income.

Phase 3: During the final stages of your career, it may be more beneficial to contribute to your ROTH IRA if you decide to work part-time or reduced hours. This can help provide additional tax-free income during your late stages in life as well as reduce the tax burden for your heirs. 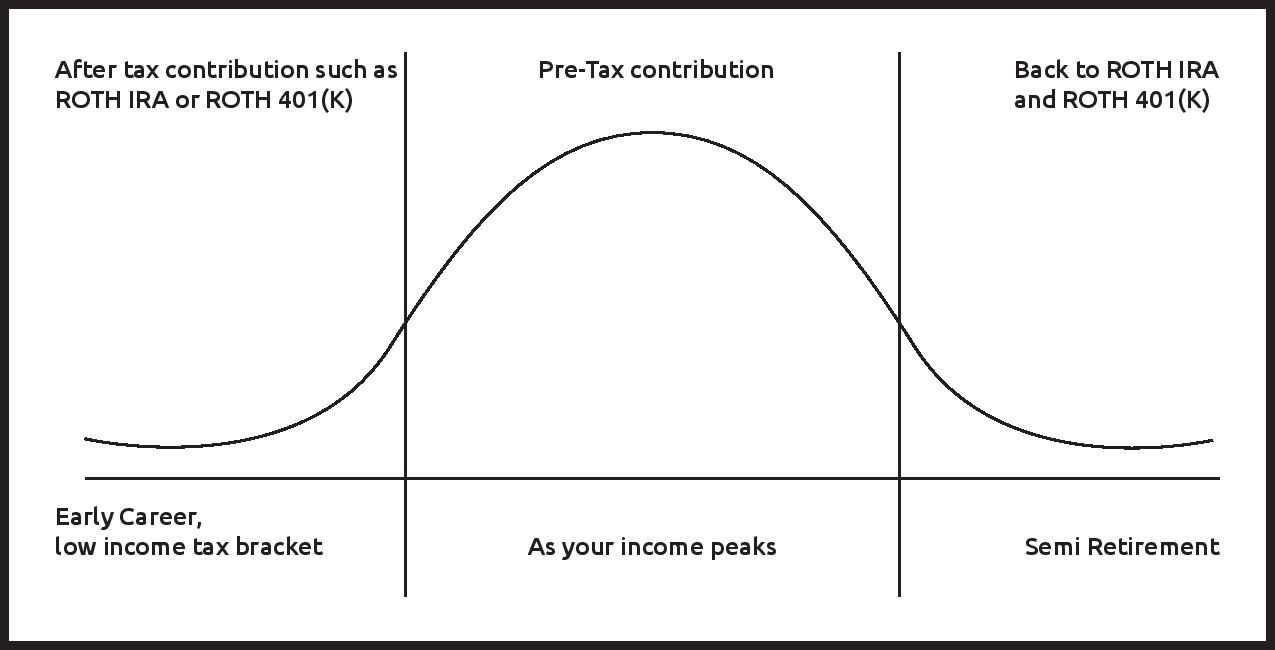 Keep in mind that you can switch between Traditional and Roth IRAs at any time, so don’t feel that any decision you make is final.

If you’d like to learn more about IRAs and saving for retirement, schedule a meeting with the Crossroads Planning team today!